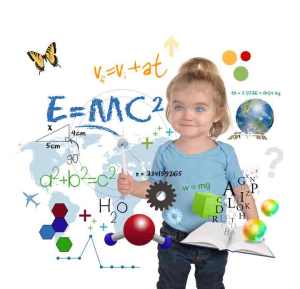 I have been fascinated with the concept of the 10,000 Hour Rule since reading Malcolm Gladwell’s Outliers a few years ago. He talks about the concept that people who are masters or geniuses in their field of expertise have spent upwards of 10,000 hours delving into that topic. Mozart wrote his first “masterpiece” when he was barely an adult; but he had being playing the piano every day since he was four years old!

Following the 10,000 Hour Rule isn’t just a matter of practicing every day. It needs to be “Deliberate Practice”. What is Deliberate Practice? It’s focused practice, looking at specific elements to improve on. It’s examining the components and breaking them down. Trying new things to see if you improve and then assessing your improvement and then making modifications.

The concept of Deliberate Practice bothered me because I wasn’t sure what it would look like for a playwright. What are the exact steps you need to follow?  Is there a specific order to do things? Unfortunately, I think it is unique for each person because only you know what areas you need to improve on.

Twenty years ago, long before I heard about concept of the 10,000 hour rule, I decided that to improve my script writing skills, I needed to improve my ability to tell a narrative; so, I took some classes on fiction writing.  I wanted to work on my ability to tell a story. It was a detour that took me away from writing scripts for seven years, but I think it helped me become a better playwright.

And then I spent six years looking at screenwriting, which also helped me be a better playwright.

It was in 2007 that I decided to get back to playwriting and I wrote my first play since University. But I’ve only been really focused on my playwriting since 2009, which is when I decided to become a professional playwright. Regrettably, I have not averaged anywhere near an hour a day since then. How many hours have I done?

How the heck should I know?

But I do know how much time I have been spending on my development since late 2013. As part of the ITP Program, I had to track my time spent working on my business. Writing is part of my business. Do you want to know how many hours I’ve spent working on my play Out to the Folks in the last 12 months?  144.25 hours. Seriously. On one hand, that seems like a lot; but on the other hand, it’s barely scratching the surface.

So, I’ve decided that I will test out this 10,000 Hour Rule. I have thirteen months worth of data already and I will continue to track how much time I am working towards becoming a “genius” or master playwright.

I will give monthly updates on time spent towards becoming a master playwright.  (I already have a bit of a head start because of the time already spent developing prior to 2013, but not included in the tally.)  And in a follow up post, I’ll talk about what my “deliberate practice” looks like.

How will I know when I’m a “genius”? I will have reached 10,000 hours, of course! But that is a good question and one that I’m still pondering. What kind of an accomplishment implies “mastery” or “genius”? One brilliant piece of work? National awards or accolades? International awards or accolades? No awards, but being acclaimed by audiences and/or critics?  Or is it only something that only others can see?

I don’t have an answer for that yet.  Maybe an answer will come to me when I am closer to 10,000 hours. But instead of looking at the destination, I will focus on the journey.

Now, if you’ll excuse me, I have some writing to do.

One thought on “The Genius Project”